Although it is a small area, the smooth and natural appearance of the grafts depends on their placement at a precise angle. Since the eyebrow completes the face of a person, the necessary drawings should be made in a way to create an aesthetic integrity. The physician who will perform the drawing process must have aesthetic concerns.

Eyebrows may fall out due to factors such as genetics, discomfort, aging, etc. Eyebrow transplantation is an aesthetic solution that looks more permanent and natural than solutions such as permanent makeup and tattooing. Eyebrow transplantation can be applied if the eyebrows have fallen out and no hair has grown within 1 to 2 years. With the right methods and a successful physician intervention, natural-looking, healthy eyebrows can be achieved.

In order to get high-quality results in eyebrow transplantation, you need to work with experienced physicians who can analyze the face well and create the most suitable eyebrow design for the face shape. Even if the applied method is performed professionally and the eyebrow design is perfect, if it does not fit your face shape, the procedure will not satisfy you aesthetically. In order to get the right results that will make you happy, you should prefer experienced, professional physicians; you should carefully follow the warnings before and after the operation. 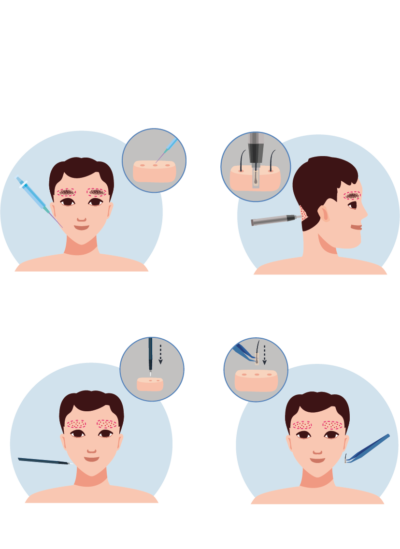 Eyebrow transplantation methods are selected in a way that will not leave scars and offer a natural appearance. FUE hair transplant method and DHI technique are preferred in eyebrow transplant operations. In the FUE method, hair follicles, grafts, which are resistant to hair loss, are collected from suitable areas and transferred to the channels opened in the donor area.

During the operation, the person is under local anesthesia and does not feel pain or ache. In eyebrow transplantation operation, multiple grafts cannot be transplanted to prevent the results from looking coarse and to obtain a natural appearance. The collected grafts are separated and made single.

In eyebrow transplantation operations performed with the FUE method, sapphire tips are generally used for channeling. Sapphire tips cause less tissue damage, and since they are very thin tips, healing takes place in a shorter time. In the FUE method, eyebrows are formed by placing single grafts into open channels at the right angle.

In the DHI method, a special tool called Hair Pen / Choi Needle is used. This instrument transfers the grafts placed individually under the skin without the need for an open channel. DHI, a more advanced method, gives more natural results with less bleeding. DHI takes a little longer than FUE. Generally, eyebrow transplant operations are completed within 2 hours. If the warnings made before and after the transplantation are paid attention, a faster healing process is seen and more efficient results are obtained.

Things to Consider Before and After Eyebrow Transplant

Those who have eyebrow transplantation share the positive and negative results they have received. Those who encounter negative results are usually those who do not pay attention to the rules to be followed before and after the operation. People who do not grow hair within 1 to 2 years after eyebrow loss may prefer eyebrow transplantation. The things to be considered before the operation can be listed as follows:

– Since bleeding may occur during the transplant operation, you should stop taking blood thinners (such as Aspirin) for 1 to 2 weeks before the procedure. If you have a blood thinning medication that you need to take continuously under the supervision of a doctor, you should consult your physician before the operation.

– It is recommended that you stop consuming green tea with blood thinning properties for 2 weeks before the operation.

After paying attention to the warnings and recommendations and undergoing the operation, those who have eyebrow transplantation should follow these rules:

– The 2nd day after eyebrow transplantation is the washing day. Until this time, contact of the donor area with water or any chemicals should be avoided.

– On the 2nd day, when the washing process takes place, the 10-day cleaning information given should be carefully followed.

– When 10 days have passed, it is necessary to go to the control and if the crusting still persists, a second washing should be performed.

– The transplanted eyebrows begin to grow about 3 months after the operation, it is important not to apply any harsh pressure on the area during this period.

Eyebrow transplantation is an aesthetic operation that is a permanent and natural solution to eyebrow loss, which is generally preferred by women. It is the transfer of hairs resistant to hair loss to the eyebrow area according to the appropriate drawing with the right angle. Eyebrow transplantation prices vary according to the basic elements of the eyebrow area, the amount of graft to be transplanted, and the method to be used.

The side factors affecting the price of the operation can be listed as the expertise of the physician, the reputation of the clinic and the location.

It is seen that the eyebrow designs performed by a specialist physician are very close to perfection. Since good results are preferred, clinics keep their operation prices above average in order to keep their specialists.

How is eyebrow transplantation done?

The question of how to transplant eyebrows is asked by many people who are not satisfied with the appearance of their eyebrows. Eyebrow transplantation is a solution that offers a more permanent, healthy and natural appearance compared to permanent makeup, tattoo, etc. solutions. With this aesthetic intervention, a professional appearance is created for your eyebrows and an aesthetic integrity is created on your face. In eyebrow transplantation operation, grafts are taken from your hair follicles that are resistant to shedding.

The preferred area is usually on the nape. The grafts are separated and made single. Double, triple grafts are not suitable for eyebrows, creating a rough and unnatural appearance.

One of the most important stages in eyebrow transplantation is the realization of the appropriate eyebrow design. Drawing procedures are done professionally, channels are opened with the sapphire-tipped FUE technique on the line of the eyebrow drawn with the approval of the patient, and single grafts are placed in these channels. If the DHI method is to be used, there is no need to open a channel. The grafts placed in a special tool called Hair Pen are placed under the skin without the need for an open channel. 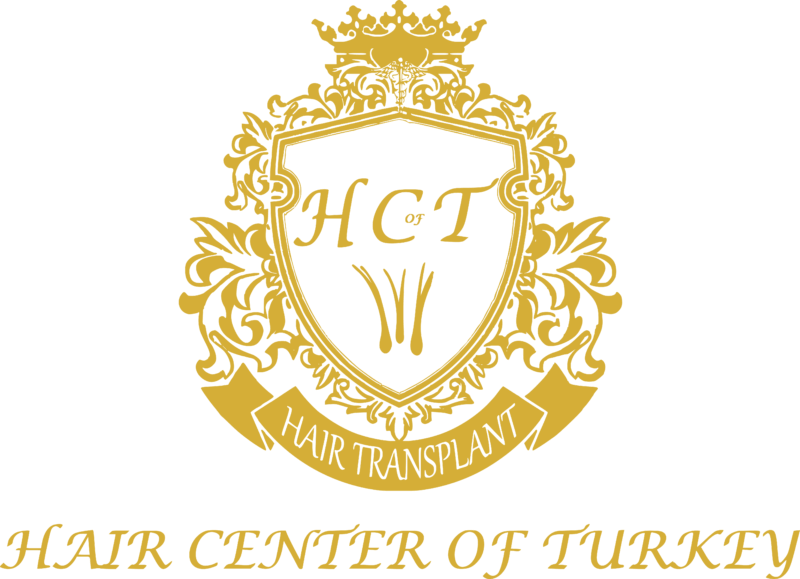